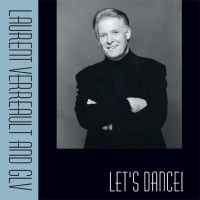 At the start of my career, when I was an instrumentation and controls technician in New Brunswick, I had been amazed by a power-transmission system made by Dorr-Oliver; seventeen years later, I boughtthe company. While working at the paper plant in Matane in 1968, I did some maintenance work on our brand new “Black Clawson,” a remarkable paper machine; in 1996, I acquired that company too. In 1963, when I was twenty-one years old, I signed on as an apprentice with the Canadian International Paper company in La Tuque. There, I learned about the process of filtering pulp on the Celleco vortex systems; in 1998, thirty-five years later, I purchased the company. For more than twenty years, I lay under machines, installing, maintaining, or repairing them. Some were ordinary, others were dream machines, like the ones manufactured by the one-hundred-year-old EIMCO. In 2002, I bought EIMCO. In 2007, for the first time in my thirty-two-year career, I, who had personally led every transaction to that point, was prohibited from intervening in the one under way. And not just any transaction, the most important one of all: the sale of my own company! And now, well, things are moving as fast as they ever were. And full steam ahead! Let me tell you the story.